Turn meals into health foods with herbs and spices 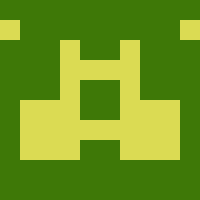 Hello everyone *waves*, my name is Michelle and I’m a food aholic!
For the most part I’m a happy kinda gal. I love being a wife and a mother to my furr-kids. I absolutely love cooking and spending time in the kitchen and pretty much everything else that goes with being a girl from make-up to fashion and dressing up, going dancing and gossiping with my girlfriends, the works! Of course I love watching movies and series and listening to MUSIC too (mostly alternative although I’m branching out a bit more theses days, must be mellowing in my older age).
Like a lot of people out there, I’ve had my issues with weight gain even from an early age, which I will go into a bit more detail in my future blogs. I’ve put on, the lost, then put back on, and I’m not talking about the odd few kilograms we come back from holiday with, I’m talking about excessive gains and losses. But that been said, I think I’ve finally gotten my whole head around leading a balanced lifestyle. I say balanced because I’m not perfect, I still enjoy a glass of wine and eating out, but I keep it all within moderation and for once I don’t feel guilty, and way more in control of my own actions.
Anyways, the whole reason I started this blogging business is because of a photo album I created on Facebook called “Food 101”. Basically it contains pictures of my daily meals, which I originally started doing to keep myself in check with whatever I was putting in my mouth (was going with the accountability factor). Long story short, just about all my friends responded positively and have been pushing me (in a good way) to get something off the ground in order to help others by sharing my story. So here I am, giving it a go ….. ENJOY!